Check your settings when you are happy with your print preview press the print icon below. 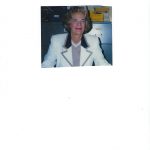 Joan (nee Jackob), passed away at home in Stratford, NJ on January 30, 2022 at age 91. Joan was the dearly beloved wife for 67 years to the late Richard, Sr. She was the cherished mother of daughter Joy Walker and son Ronald (Michelle) and her late sons Robert and Richard.

“Mimi” idolized her five precious grandchildren: Richard lll, Stephanie, Brittney, Madison and Lauren, as well as being the proud great grandmother of Richard lV, Mackenzie and Gabrielle. She was the daughter of the late Margaret and Robert Jockob of Drexel Hill, PA and Stratford, NJ.

A hundred years from now it will not matter what her bank account was, the sort of house she lived in or the kind of car she drove, but the world will be different because she was important in the life of a child – Brittney.

Her service will be held privately at the request of the family.